Reliable forecasting is a piece of cake 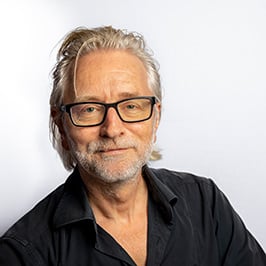 In our attempts to anticipate future changes in demand, we often depend on forecasts. Unfortunately, however, they are rarely reliable in practice – with all the implications that brings. The ‘good news’ is that we are selling ourselves short, partly because we actually seem to be better off without a forecast in many cases, and also because – when we’re truly dependent on a prognosis – reliable forecasting often turns out to be surprisingly easy. 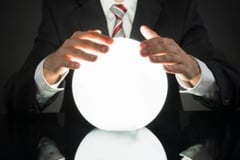 According to a well-known saying, ‘forecasting is difficult, especially about the future,’ and this is sometimes extended along the lines of ‘especially when it’s about details’. There is no denying that, of course. The fact is that it’s much harder to predict the weather on Sunday next week than tomorrow’s weather. However, the reverse is also true: it’s much easier to make a reliable forecast in general terms, especially in the near future. So while it’s pretty hard to forecast how hot it will be next Sunday afternoon, it’s very easy to predict the average afternoon temperature over the whole of next year. And whereas there’s little point in trying to call the next roll of the dice, you have a bigger chance of reliably predicting the average of a hundred throws.

In order to make reliable forecasts, we need to make grateful use of the ‘law of large numbers’. The higher the aggregation level is, the smaller the relative variation will be and hence the less uncertainty there is. After all, uncertainty is caused by variation. So it should come as no surprise that it is generally fairly easy to reliably predict ‘large numbers’ such as the average demand over the coming weeks or months – especially in volume terms. Meanwhile it often proves to be very difficult to forecast ‘small numbers’, such as the precise daily, weekly or even monthly demand level – particularly in the future and at item level. In other words, although it is virtually impossible to reliably predict ‘small numbers’ far off into the future, the same does not hold true for ‘large numbers’. Reliable forecasting isn’t that hard after all, providing that we can limit ourselves to ‘large numbers’ and preferably to the near future too.

This all sounds very logical, but strangely enough it is all too common for this logic to be ignored in practice. Against our better judgment, we attempt to forecast the item-level demand in monthly or even weekly buckets, if only because our ERP and MRP systems require us to. So it’s not surprising that these forecasts are chronically unreliable. This forces us and our suppliers to make important decisions about capacity and inventory when the demand level is far from certain, resulting in us all becoming caught up in the so-called planning mismatch. The logical consequence is misalignment: a recipe for disappointment and disaster – and all because we stubbornly keep trying to predict the unpredictable ‘small numbers’ while overlooking the more predictable ‘large numbers’.

Instead of trying to predict the unpredictable, we should focus on predicting what is predictable. The predictable variation of the ‘large numbers’ enables us to effectively utilize our own and our suppliers’ flexibility after all. This puts us in a better position to use time, inventory and/or overcapacity to cope with the remaining unpredictable variation of the ‘small numbers’. And, if we approach it smartly enough, we can often absorb that remaining variation altogether before it impacts on our upstream supply-chain partners, making forecasting a piece of cake for them. In other words, reliable forecasting can actually be pretty easy, as long as we focus on predicting the predictable rather than the unpredictable.

NB: Something that is unpredictable today could be predictable tomorrow. Improved responsiveness enables you to capitalize on that. Learn more about the principles of Demand Driven Supply Chain Management (DDSCM) to discover how easy it is to become more responsive.