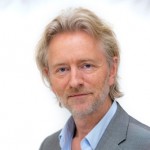 It’s two minutes to twelve, and we continue navel gazing!” said one of the participants during the S&OP mini-seminar recently held at ArlaFoods in Nijkerk. Just before Lourens Schouwink, CFO Samsung Benelux, had talked about their ambitions and approach. Leaving part of his audience behind in wonder and despair.

Samsung continues on the warpath. After a climb to the market leader position in the last decade for products like side-by-side refrigerators, flat-screen televisions and mobile phones, they now are aiming for leadership in green technology and health care. And if Samsung wants something, they’re going to get it. Lourens Schouwinks’s presentation didn’t show any hesitation or doubt.. Arrogant? Maybe. Self-conscious? Sure. Complacency? Not at all.

How to eat an elephant?

It goes without saying that you will be adrift without a vision. Until recently that was also true for the road to success: in small manageable steps. Or as Oger Lusink, Dutch fashion king, said recently when asked for the key to his success: “Think big, act small”. Samsung seems to belie this theory, however. Samsung chases after it’s goals in giant leaps.

Think big, act small. The question is: what is small? For my grandmother Sneek was the big city. When you’re from Seoul, Amsterdam is just a village. Size is relative. If you’re small then you have to deal with small steps. If you’re tall then you can make giant leaps. Or as Confucius put it, “Man with head in the cloud can not have feet on ground ….. unless very big man.” Apparently Samsung is such a very big man. Making giant leaps doesn’t seem to bother Samsung.

An interesting question is how to become a very big man.

Schouwink contributes Samsung’s success to the Korean national character. The term “pali pali ‘, or ‘quick quick’, refers to the Korean national character. “We drive fast, eat fast, do everything fast – we are always in a hurry.” Koreans do not have change management workshops or “away days” to create urgency. Urgency is apparent; always and everywhere. Anyone who has taken a taxi in Seoul will agree. They drive like crazy!

The same urgency is also reflected in the way Samsung is managed. Top-down targets are determined and imposed. Leadership ‘does not take no for an answer’. What’s left for sales and operations is the execution to achieve the targets. No consensus but confirmation. No polishing of forecasts, but closing the gap between forecast and targets with concrete actions. There is simply no room for sandbagging. Of course, all this is done fully compliant with the national character, in unison in the pali pali way.

The result is a tremendous jumping power. And if you have jumping power, you can make giant leaps. For spectators unbelievably huge, for Samsung small enough to be feasible.

Samsung proves: successful S&OP is not a process, S&OP is a mindset. Sales and Operations to work together is an open door. Whether it happens depends on the commitment to jointly achieve the targets. Urgency is a prerequisite. Meetings, agendas, action lists and IT are only tools, a means to an end. Or as Erik Brouwer, Director SCM Northwestern Europe at Perfetti Van Melle, put it: “Why are we complicating things? Tear down the walls and focus yourself on the essence, the shortest path to the goal.”

According to the reaction of Schouwink’s audience, we definitely need some pali pali here in Western Europe. Sooner rather than later. As for me, without the crazy driving.