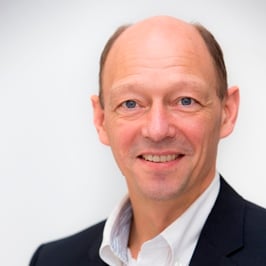 Last month I visited two different clients, in both cases for delivering an S&OP Master Class, and I subsequently attended their Demand Review meetings. Always interesting, a bit of theory that is applied into practice immediately afterwards. Part of the Master Classes was a simple S&OP Maturity Scan, mainly included to make people think. What struck me was that the patterns for both clients were almost identical, and this was not the first time. What was so special?

In all cases, the mood during the first days was very positive and there was a strong feeling of “we are doing a reasonably good job already”. This was confirmed by the scans, which showed that the current S&OP processes were already quite mature; consistently between levels 2 and 3 and therefore well on the way to true IBP (Integrated Business planning). Surprising, since there is a lot of research that shows that most companies are not quite there yet.

The conclusions after attending the Demand Reviews were less surprising, as the standard S&OP pitfalls invariably appeared to be applicable again: too short planning horizons, too senior participants for too operational topics, too much information exchange and too little focus on decisions, insufficient preparations, i.e., all the standard hurdles that have been discussed so often and that are obviously difficult to take.

Focus of this blog for once is not these pitfalls, but the perception of the participants of the quality of their processes. Sales is often criticized for being too optimistic, but they apparently are not the only ones. What drives this limitless positivism when we look at our own processes? Are we unconsciously incompetent, do we just like to look good or could it have something to do with the time of year and the corresponding targets? As unlikely as it may seem, but this last driver certainly was the reason that in one of the cases, all the S&OP boxes all of a sudden had been ticked. The desire to look good during formal reviews frequently plays a role as well.

Should we care? I think so, because it means that a lot of opportunities will remain unexploited. Really thorough research into the value that S&OP can deliver may be scarce, but the gist of all publications is consistent and concludes that the potential is significant; increased customer satisfaction, higher product availability, lower cost, less capital, more successful product introductions and eventually a significant contribution to sales, to name the most important ones. So if the unjustified ticks in the boxes block further initiatives to get to real level 2 or even level 3 processes, then this means that we let all these excellent opportunities go by. Pity.